Ever want to be a "fly on the wall" during a cyber investigation? Now you can. Watch Farsight Security's CTO, Ben April, and HYAS' VP of Intelligence Services, Sasha Angus, as they navigate the complexities of combating the Maze ransomware group. Starting with a single IOC (Indicator of Compromise), observe first-hand as they collaborate in real-time to track and expose the ransomware group and prevent future attacks.

Attend this webinar to learn:

Ben April is the Chief Technology Officer at Farsight Security, Inc. Prior to joining Farsight, Mr. April spent eight years at Trend Micro, where he became the Americas regional manager of the forward-looking threat research team. He has presented to security conferences on five continents, covering topics like Bitcoin, NFC, operational security and infrastructure security. Mr. April has built research systems for collecting and aggregating data, from Whois and the Bitcoin block-chain to the global routing table. 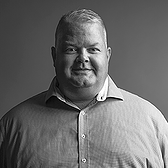 VP of Intelligence and Services

Sasha Angus runs the intelligence and services team at HYAS. With a career that straddles both the private and public sectors, Sasha and his team work closely with clients to deliver actionable intelligence and deeper visibility into the threats they face. Having lived in multiple countries, with multiple passports, and multiple languages, Sasha brings a global perspective to his work at HYAS.